Everything about Rob Cross can be found here. From the latest darts news to all his achievements!

The unlikeliest of world champions emerged at Alexandra Palace in 2018 when Rob Cross took down the game’s best to lift the Sid Waddell Trophy. From that moment Voltage has continued to appear in the spotlight.

The rise of Rob Cross can only be described as meteoric. In the space of two years he launched himself from a local pub league to the top of the world, a journey that will take some matching.

Cross played darts in his spare time while providing for his family as an electrician. Now 29, he gave up the game completed in his early 20s to focus on family life but having picked up his arrows once again he attempted to qualify for the 2016 BDO World Championship. He was unsuccessful and returned home to his life.

In 2016 Cross entered the UK Open amateur qualifiers and at first failed to secure a spot. But what followed was the first step in Cross’ journey to where he is today.

He made the long trip from his hometown of Hastings to Norwich the next weekend where he entered the final qualifier and went on to win that event. This saw him headed for the UK Open where he ran into none other than Michael van Gerwen in the last 32. He put in a good account for himself despite losing 9-5 in a match where Van Gerwen recorded a nine-dart finish.

Cross then headed for the PDC Challenge Tour and after 16 events finished top of the Order of Merit with three wins to his name. This meant he secured a two-year card on the PDC Pro Tour.

His first PDC Pro Tour win came at Players Championship 3 in 2017 where he got the better of Mervyn King in the final. His year continued in a similar fashion as he racked up a total of four Players Championship wins, the last of which saw him crack the world’s top 32 for the first time.

2018 saw Cross’ biggest win to date as he handed Phil Taylor a defeat in the final match of his career to win the PDC World Championship on his debut in the event.

Voltage won 7-2 in the final after beating the likes of Van Gerwen, Michael Smith and John Henderson on route. He survived match darts against both Van Gerwen and Smith and this saw him become the first player to win the World Championship after surviving match darts in two separate matches.

Cross came into the World Championship as 20th seed and the victory had some big implications for the year ahead. He jumped to third in the Order of Merit and automatically qualified for the Premier League Darts where he coped with the pressure of being world champion to reach the last four.

Cross added another Players Championship title to his record and made three World Series finals in 2018, winning once at the Brisbane Darts Masters.

Having made the final of the UK Open in 2019 only to run into an in-form Nathan Aspinall, Cross was knocking on the door for another major title.

This came at the World Matchplay in July where he defeated Michael Smith and was one of only two players to record a 170 finish. Another major title was just around the corner as he secured the European Championship in October with a win over Gerwyn Price.

In 2020, Cross only reached one TV Quarter-Final. However he became runner-up at the World Cup of Darts (with Michael Smith) and World Series of Darts Finals. He was knocked out by Dirk van Duijvenbode in the second round at the 2021 PDC World Darts Championship.

In 2021, he returned to form again and with his back up against the wall at the European Championship - he sealed it to defend his money. But failed to be invited to the Premier League in 2022 - he sealed two ProTours in 2022 and finished runner-up at the Players Championship Finals, while falling in the fourth round at Ally Pally to Chris Dobey.

Read all the latest news about Rob Cross

Rob Cross will face Peter Wright in the second semi-final at the 2023 Masters after dumping out Michael van Gerwen 10-7 in Mi... 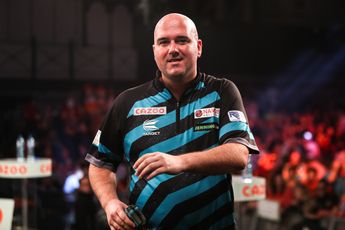 Rob Cross sealed an utterly incredible win over Gary Anderson on Saturday afternoon that set records in the process at the 20... 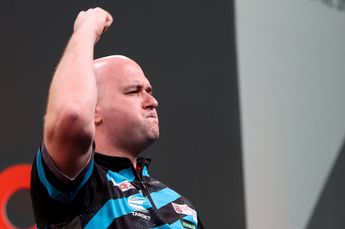 "It's very hard to replicate, to get your form and to get that match practice": Cross explains 'stupid' Masters comment after Anderson win

Rob Cross produced an utterly incredible 112 average to book his place in the Quarter-Finals of the 2023 Masters with Gary An... 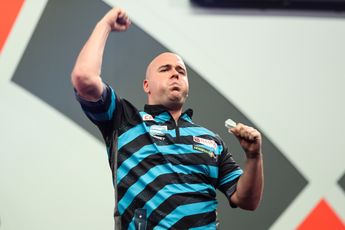 After a Masters classic, it was Rob Cross who prevailed against Gary Anderson in a 10-6 win to reach the Quarter-Finals in Mi... 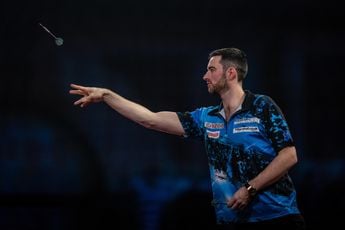 The format increases and the top seeds come into play at the 2023 Masters on Saturday afternoon in Milton Keynes with some to... 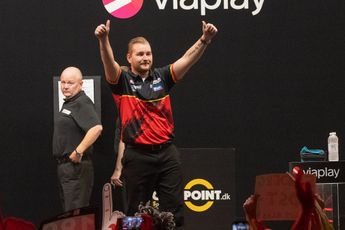 "Personally I think the Masters is a stupid tournament": Cross not a fan of The Masters, but values World Series preparation

Rob Cross has been given the chance to prepare he admits by going to the World Series of Darts ahead of the Masters playing a... 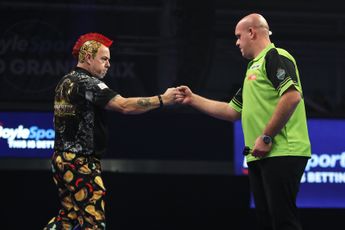 The Nordic Darts Masters will continue on Saturday. During the afternoon session, the four quarterfinals of the World Series... 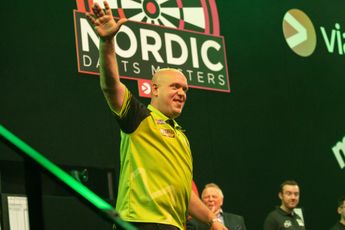 Cross a comfortable winner, Van Gerwen rusty but victorious on return to action as 1st Round of Nordic Darts Masters comes to an end 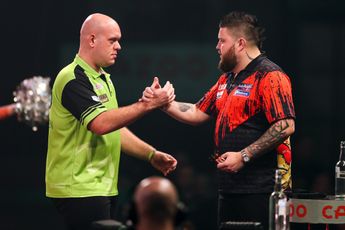 The Nordic Darts Masters begins on Friday evening with the initial matches pitting the top PDC stars against the Nordic and B...