Everything about Nathan Aspinall can be found here. From the latest darts news to all his achievements!

Nathan Aspinall has enjoyed a meteoric rise to the world’s top 10 having become a regular in the latter stages of big events since 2018.

The Asp is among the most exciting players currently on the PDC circuit and closed out the last decade playing the darts of his life.

Aspinall spent multiple seasons playing on the PDC development and Challenge tours from 2012 and thanks to a good finish on the Q-School Order of Merit he secured a two-year PDC Tour card in 2015.

The St. Helens man first appeared on our TV screens when facing Max Hopp in the World Youth Championship final in 2015 where he lost a final leg decider.

Having competed in his second UK Open in 2016 Aspinall won a place in a first quarter-final on the Pro Tour at Players Championship 6 before being knocked out.

A debut at the Grand Slam of Dart followed but he was unable to overcome any of his opponents in the group stage.

Fast forward to January of 2018 and Aspinall found himself having to go through Q-School once more to gain his tour card which he did successfully.

In September of that year Aspinall really began his climb up the rankings starting with a first ranking title at Players Championship 18.

This helped to seal a spot at Alexandra Palace for his first World Championship and he did not waste a second in announcing himself on the biggest stage of all.

With pre-tournament odds of 500/1 offered for Aspinall to take the coveted title he had many fans excited as he stormed his way to the semi-final defeating the likes of Gerwyn Price, Devon Petersen and Brendan Dolan in the process. He was eventually stopped by Michael Smith who went on to be defeated himself in the final.

Later in 2019 he played in his first Premier League fixture as one of nine ‘Contenders’ who were selected to compete at various venues after Gary Anderson’s withdrawal from the event.

Returning to the UK Open for the fourth time that year he claimed his first major title on his first appearance in a major final. The Englishman came up against Rob Cross and beat him convincingly 11-5 with a 170 checkout in the final leg. Following his triumph in Minehead he moved into the world’s top 16 for the first time.

With one TV title already under his belt Aspinall added another as he picked up the win at the US Darts Masters in Las Vegas.

Aspinall reached another World Championship semi-final in 2020 and made his debut as one of the main players in the Premier League Darts.

Aspinall reached another major final in 2020 as he became runner-up in the Premier League Darts. The Asp failed to defend his semi-final at the 2021 PDC World Darts Championship as he lost to Vincent van der Voort in the third round. However he retained his fifth position on the Order of Merit.

2022 saw Aspinall begin the year not sure if he would even play again due to an injury on his throwing hand but this proved to be the making of 'The Asp' who reached two major finals at the World Grand Prix and Grand Slam of Darts reestablishing himself firmly as part of the darting elite. As well as showcasing his tenacious attitude on the oche as well as off it by recovering from the brink.

Read all the latest news about Nathan Aspinall 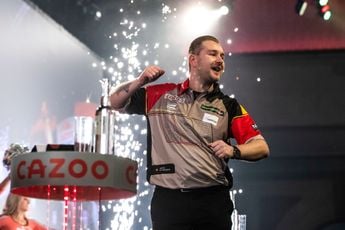 Josh Rock on crowd being against Aspinall in thrilling win: "It was up to him to deal with it and sadly he didn't as I know he can"

Josh Rock continued to prove just why he is so highly rated in a thrilling victory over two-time semi-finalist Nathan Aspinal... 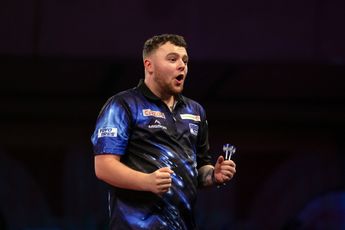 Josh Rock came into the 2022/23 PDC World Darts Championship on debut with high hopes being one of the favourites despite onl... 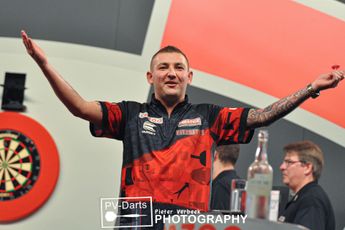 Now the turkey, presents and festive cheer are concluded comes the return of Dartmas in full force with the 2022/23 PDC World... 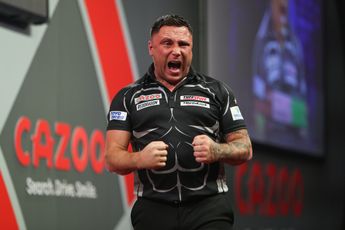 The first half of the World Darts Championship is over. The remaining play will first enjoy the Christmas season before conti... 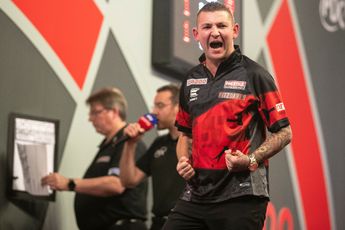 Aspinall’s resurgence checklist not yet complete after Krcmar win: “The Premier League not ticked yet”

Nathan Aspinall's return to form in 2022 continued with an impressive 3-1 victory over Boris Krcmar, sealing his place in Rou... 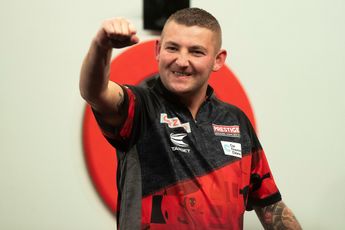 Nathan Aspinall had to battle but is through to the third round of the PDC World Darts Championship after seeing off Boris Kr... 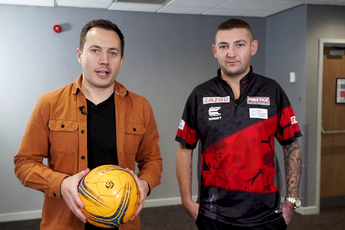 In the Oche Obstacle Course Challenge, players must demonstrate their skills in three different sports as quickly as possible... 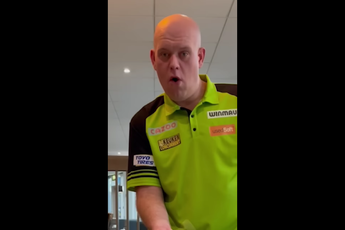 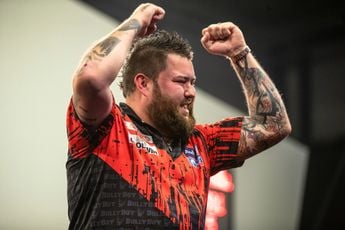 The Grand Slam of Darts took place over the past nine days with Michael Smith the victor going into the back end of the year...