The latest news about the World Cup of Darts can be found on this page. Scroll down for more tournament information.

The World Cup's unique format includes doubles play, including an all-doubles opening round.

In the first round, the sixteen ties are played as a one-off best of nine legs tie between the pairs. The second round introduces singles play - the team captains select their running order, then two best of seven legs matches are played in the order determined by the blind selection. Matches are best of three, so if the same team wins both singles ties, the match is over. Should the scores be level, a best of seven legs doubles match decides the winner.

The quarter-finals and semi-finals are played in the same manner. There's a switch in format for the final - it becomes the best of five, with four singles games sandwiched by a doubles tie.

Read all the latest news about World Cup of Darts 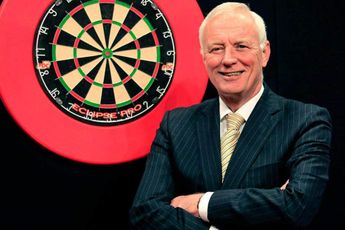 PDC President Hearn on World Cup format criticism: "I think we need more teams, I think it should be doubles throughout"

PDC President, Barry Hearn sympathises with the criticism when it comes to the World Cup of Darts with the format seeing main...

Wade on tropical conditions at World Cup of Darts: "Felt like it was 50 degrees inside"

James Wade was involved with Michael Smith last weekend in the World Cup of Darts and compared conditions in Frankfurt to tho... 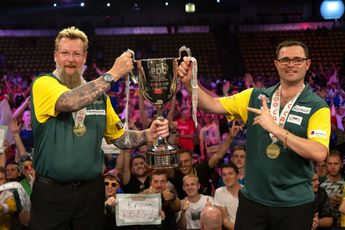 Mardle lauds praise on Heta and Whitlock after World Cup of Darts win: "The establishment can be upset"

After sealing the World Cup of Darts, Wayne Mardle lauded praise on the duo of Damon Heta and Simon Whitlock for sealing it a... 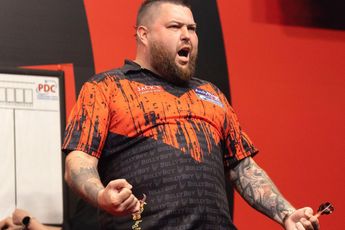 Smith family represented England in two sports last weekend: "It was a proud day for the family"

Michael Smith played in the World Cup of Darts alongside James Wade but wasn't the only family member to represent England th... 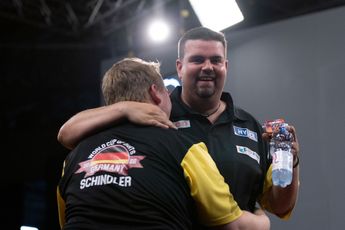 Schindler grateful for support during World Cup of Darts: "What makes experiences unforgettable? The people with whom you spend them"

In the last weeks the World Cup of Darts took place. Germany made it to the quarterfinals where they lost 2-0 to Wales.Before...

Simon Whitlock sealed the World Cup of Darts this past weekend alongside Damon Heta in what was his second final and he joins...

Last weekend the twelfth edition of the World Cup of Darts was played. It was won by Australia, who surprisingly edged Wales... 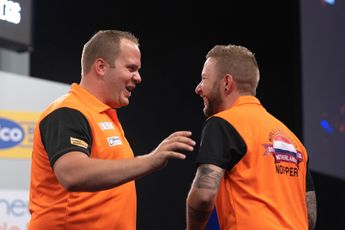 The Netherlands went down against Wales in the semi-finals of the World Cup last weekend. Danny Noppert and Dirk van Duijvenb... 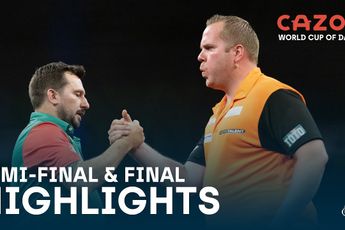 Sunday night the semi-finals and final took place during the final day of the World Cup of Darts in Frankfurt.Eventual winner... 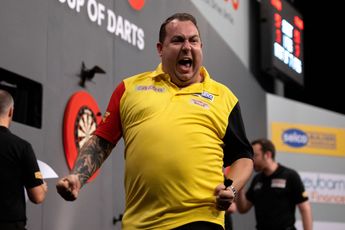 Huybrechts doubles down on German crowd criticism: "But I do think we need more tournaments all over Europe"

After exiting the World Cup of Darts at the hands of Australia, Kim Huybrechts was scathing in his criticism of the German cr...