Administration panel My profile Logout
Please check your email to verify your account!

Due to migration of our website to a new platform, your password has been reset. Please check your email for instructions.
01/10/2020 14:32

Van Barneveld returns: Dutchman following in footsteps of sports icons who made comebacks

Raymond van Barneveld announced at the end of September that he would make his comeback on the darts circuit. The 53-year-old Dutchman will take part in Q-School in January, with the aim of regaining the Tour Card he relinquished just 12 months prior.

The five-time world champion only lasted a year on his darting pension. It's far from the first time that a sports icon has announced their comeback. Take these five, for example, who might give Van Barneveld an idea of what to expect...

Michael Jordan, basketball's greatest ever player, stunned the world when he quit the all-conquering Chicago Bulls. Amid personal strife, the Bulls legend switched to baseball, and was signed by the Chicago White Sox.

However, it didn't stick, and in 1995, Jordan announced "I'm Back". After another four years with the Bulls, claiming another three NBA Finals titles and being picked three times as Finals MVP (just as he had done in his first stint), he again called time on a glittering career.

The king of the court also happens to be king of the comebacks. Just two and a half years into his second retirement, Jordan was back, appearing for the Washington Wizards. On April 16, 2003, he played his final game in the NBA (that we know of). After being substituted in the fourth quarter, Jordan left to a three-minute standing ovation from the 21,000-strong crowd.

'The Last Dance', a critically acclaimed 10-part documentary on Jordan's career with the Bulls - and a detailed review of everything he took personally - can be seen on Netflix. 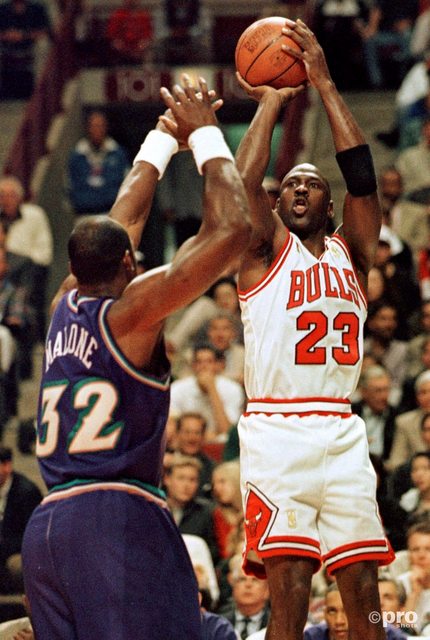 Another Michael who dominated his sport, Formula One driver Schumacher won an incredible 91 Grand Prix, racking up seven titles - including five in a row between 2000 and 2004.

The German star called time on his career in 2006, signing off with victory at the China Grand Prix. Schumacher moved into a consultancy role at Ferrari, the manufacturer he had been active with since 1996.

After his work for Ferrari came to an end in 2009, Schumacher decided to make a comeback on the track. Mercedes offered the then 41-year-old a spot next to Nico Rosberg.

However, Schumacher wasn't able to recapture the old magic. In his debut year with Mercedes, he finished in ninth place in the drivers' standings, and in 2011 he finished eighth. His final season ended with a 13th-placed finish, at which point the legendary racer called it a day.

A debilitating ski accident almost killed Schumacher, who eventually woke from a coma in June 2014. The seven-time champion was left with permanent brain damage and retreated into privacy, with his current condition unknown. 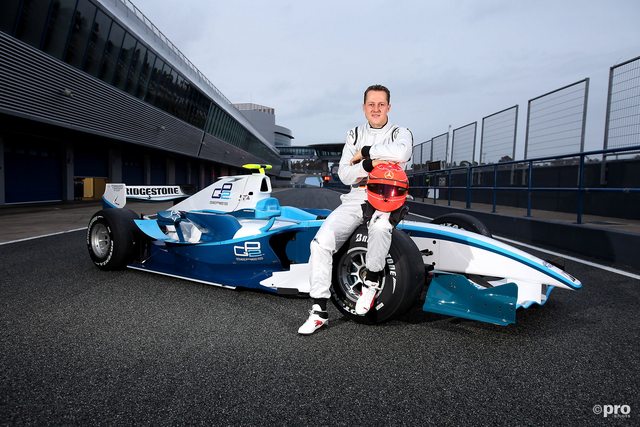 Lance Armstrong already had his first major cycling success in 1993 by becoming world champion in Oslo. Three years later, he was diagnosed with testicular cancer. The tumor had spread to the lungs and brain, which put his survival rate at less than fifty percent.

However, the American won the battle against cancer and returned to cycling. Incredibly, he then went from strength to strength, winning the Tour de France seven times in a row from 1999 to 2005. After the Tour in 2005, "King Lance" stopped cycling.

In September 2008, however, Armstrong announced that he would return to professional cycling in 2009 - supposedly to draw attention to the global fight against cancer, but also to quell doping allegations. In his comeback, he finished in third place in the final classification at the 2009 Tour de France. A year later, Armstrong quit the sport for good.

His legacy continued to be mired in controversy - a feel-good story about beating the odds became an expose into the murky world of doping. Three years after saying goodbye to cycling, Armstrong confessed to multiple doping offences, throughout his career. The seven Tour de France titles were all stripped from him - along with the third-place finish he managed upon his comeback. 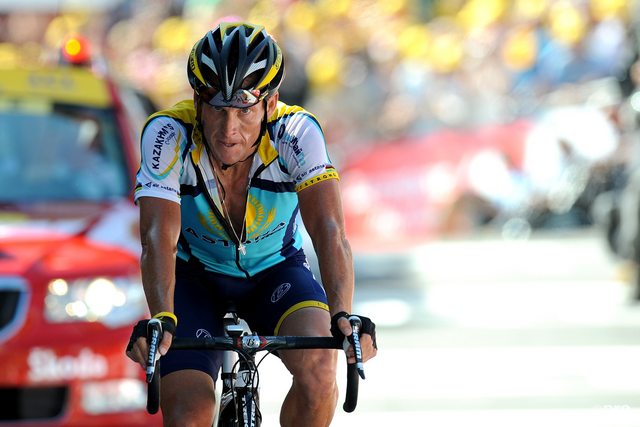 The 37-year-old Belgian is now into her third stint in professional tennis. Clijsters won her first Grand Slam title at the 2005 US Open, but persistent injuries forced her to end her career just two years later.

The former world number one announced her return in March 2009, making a real statement of intent that August by battling to the quarter-finals on her second debut in Cincinnati before losing to top seed Dinara Safina.

A few weeks later, Clijsters caused a massive shock by winning the US Open for the second time in her career, just a month after her Cincinnati comeback - beating both Venus and Serena Williams in the process.

She managed to defend the title a year later, also claiming the WTA Tour Championship in 2010. A fourth Grand Slam title followed in 2011, with the Flemish ace claiming the Australian Open in Melbourne. Injuries continued to plague her, however. She retired again in 2012, and explained that she'd have to explain to to her young daughter Jada, who "doesn't know the meaning of retirement".

Neither, it turns out, does Kim. After seven years away, the Belgian suddenly announced a second comeback. Injuries and the coronavirus outbreak have curtailed her third professional stint so far. Clijsters did get a wild card for the 2020 US Open - where in 2009 she went from a wild card entrant to champion, this time she lost in the first round to 21st seed Ekaterina Alexandrova. 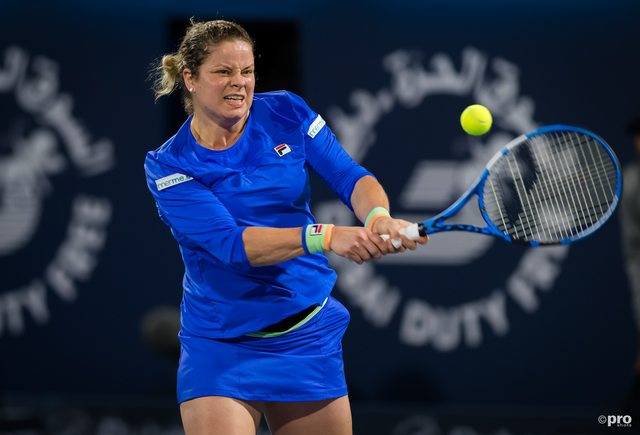 Football is littered with comeback stories, some of which have happened after the player had seemingly hung up their boots. Paul Scholes surprised even his own teammates by suddenly returning to Manchester United. Johan Cruyff also un-retired himself quickly, though that was in response to losing much of his personal wealth in pig farming. Look, we've all been there. Then there are great stories like Brazilian legend Socrates ending a 15-year spell away from football to appear for English minnows Garforth Town.

After a successful period at FC Groningen and PSV, Robben left the Eredivisie to join Jose Mourinho's Chelsea. He then left for Real Madrid before being moved on to Bayern Munich, where the Dutchman enjoyed the true peak of his career.

At Bayern, Robben won eight league titles, as well as the Champions League. Robben put an end to his international career with the Netherlands in 2017, then stopped playing professional football completely in 2019.

In the summer of 2020, Robben decided to make a return to football. The 36-year-old winger brought his career in a full circle, returning to FC Groningen. For the time being, the comeback hasn't quite taken hold - in his first league match at FC Groningen, the 96-time international picked up an injury. Time will tell if he can make something of his second go at the game. 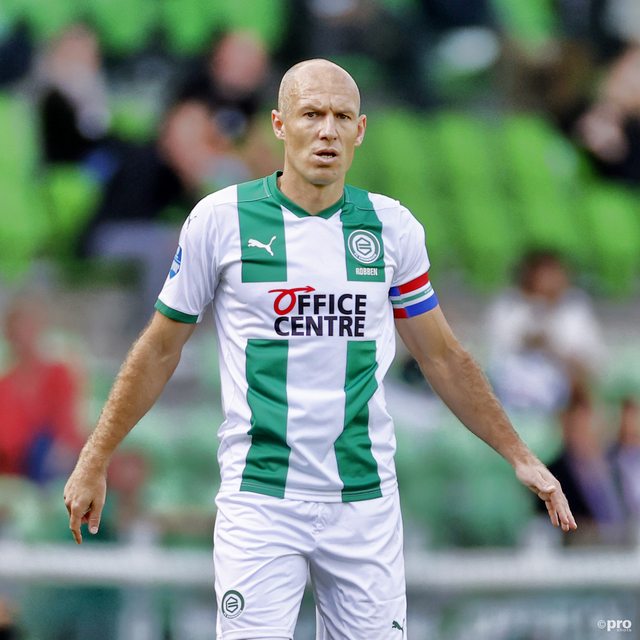 Stephen Hendry is the newest return member of the list. The seven-time snooker world champion announced that he wanted to return to the circuit at the beginning of September. In quite a Van Barneveld-esque turn, the Scot announced his retirement from the sport after a heavy World Championship quarter-final defeat to Stephen Maguire in 2012.

In news that led to some debate among snooker anoraks, the 51-year-old has promptly been handed a Tour Card. Thanks to this Tour Card, Hendry can participate in all major tournaments for the next two seasons. Incidentally, the snooker association WPBSA falls under Matchroom Sport, the company run by PDC boss Barry Hearn - who'll undoubtedly be following Barney and Hendry's progress closely. 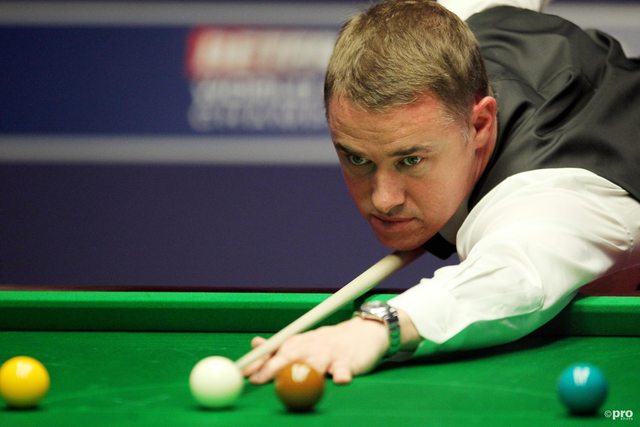