The inaugural PDC Home Tour kicks off from April 17. This is a digital event for all PDC Tour Card holders.

Due to the corona-virus the PDC circuit has been shut down. The PDC had to come up with an alternative to provide fans their portion of darts. After some digital trial tournaments, the PDC Home Tour was born.

How does it work?

A nightly league format will see all four competitors play each other once in matches played over the best of nine legs, with a winner crowned each night.

Following the conclusion of the initial 32 nights of league phase action, the 32 group winners will advance to the second phase of the competition.

The 32 group winners are now set to compete in the Play-Offs over a further 11 consecutive nights of live action from Tuesday May 26 onwards, with a champion crowned at the climax of the tournament on Friday June 5.

The 32 players have been seeded in order of their PDC Order of Merit ranking for the Last 32, and placed into groups based on the regular PDC seeding pattern.

The players who win Groups One-Four will proceed to play in Semi-Final One on Wednesday June 3, with the winners from Groups Five-Eight moving through to Semi-Final Two on Thursday June 4.

The top two players from each of the Semi-Final groups will then move through to compete in the Championship Group on Friday June 5.

Elite level darts will be brought from the living rooms of the pros to fans worldwide through live video calls, with players set to make history as part of the PDC’s first ever home-staged event.

All 128 PDC Tour Card holders have received an invite to participate in the PDC Home Tour. Players receive £500 per appearance per session. There are requirements for participation. For example; players have to master the English language, have a good internet connection and the dartboard must hang in a quiet location.

The latter two criteria resulted in cancellations from the likes of Michael van Gerwen, Gary Anderson and Daryl Gurney. Van Gerwen could not guarantee a quiet room, while Anderson and Gurney did not have a good WiFi connection.

A number of top names are participating, although the PDC has not yet published the full list of participants. Peter Wright, Gerwyn Price, Dave Chisnall and Lisa Ashton are among the first participants.

Can I watch the matches live?

With each night’s action commencing at 1930 BST, darts commentator Dan Dawson will be on hand to talk through proceedings, which will also include live score graphics on screen.

All PDC Home Tour action will be broadcast live on PDCTV for free to all registered PDCTV users, regardless of whether you have a paid or free membership.

In addition all live-scores can be followed on DartConnect, with match statistics being available after every match.

Scroll down for an overview with the schedules and results.

Read all the latest news about PDC Home Tour 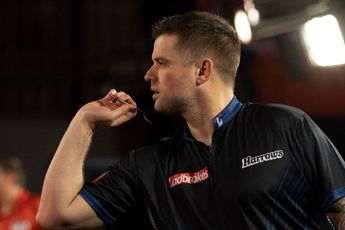 Luke Woodhouse in April last year became the first player to hit a nine-dart finish during the Covid era of sorts on the PDC... 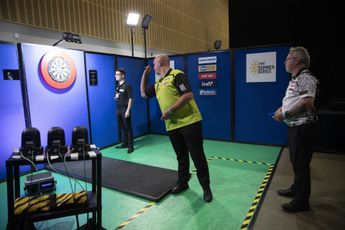 From Home Tour to changing of the guard: Darts in the coronavirus era

Today it is exactly one year ago since the last darts event with a live crowd was played without any restrictions due to the... 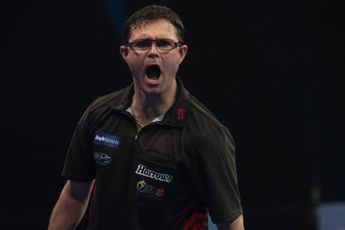 Damon Heta has won the third edition of the PDC Home Tour after topping the Championship Group and beating Chris Dobey in the... 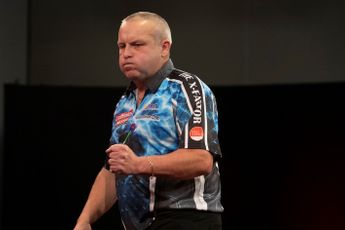 Overall League Table winner in PDC Home Tour III before the deciding Championship Group, Andy Boulton has continued where he...

It's all set in the Championship Group as PDC Home Tour III concludes with a brilliant line-up set to compete to claim the ti...

The line-up for PDC Home Tour III's Championship Group has been confirmed with Damon Heta squeezing through after the final a... 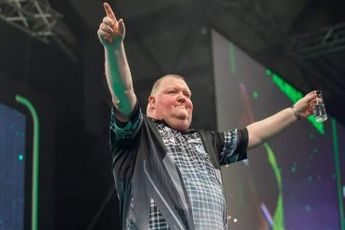 John Henderson is the final winner of PDC Home Tour III before the Championship Group claiming the 18th group.Henderson finis... 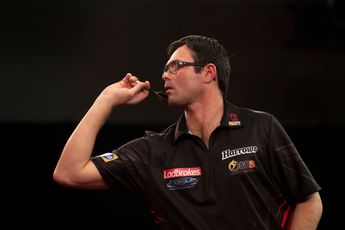 Damon Heta currently leads the way in PDC Home Tour III Group 18 after three wins out of four so far for the Aussie ace.Heta...

Thursday sees the final group of regular action in PDC Home Tour III with the Championship Group set to take place on Friday.... 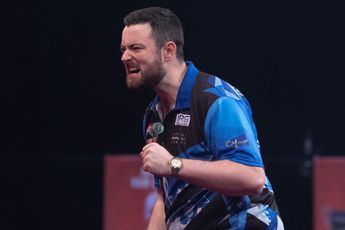 Luke Humphries is the penultimate winner in PDC Home Tour III after finishing on four wins and two defeats.Humphries and Kciu...