Everything about Gary Anderson can be found here. From the latest darts news to all his achievements!

Sitting third in the list of the most all-time wins on the PDC Pro Tour, Gary Anderson is truly one of the finest players to have graced the sport.

Gary Anderson has become synonymous with darts of the highest level and with two World Championships and a whole host of other title under his belt it is easy to see why.

The Flying Scotsman began to make a name for himself on the BDO in the 2000s and beat the best of both the PDC and the BDO to win back-to-back titles at the International Darts League and World Darts Trophy in 2007.

Having continued to excel on the BDO he made the switch to the PDC at the beginning of 2009 and began to settle into life on his new circuit.

Anderson wasted little time in getting going and reached the second round of his first PDC World Championship in 2010. He went on to reach a first major final in June of that year at the UK Open before losing to Phil Taylor.

In just his second appearance at the World Championship, he entered the 2011 edition as 11th seed and left a string of defeated players in his wake on the way to the final where he met Adrian Lewis. Despite a competitive match the title headed home with Lewis, but Anderson gained valuable experience which he would rely upon in later years.

The Scot held a spot in the top four on the Order of Merit following his Alexandra Palace run and this saw him qualify for the 2011 Premier League for the first time. This proved to be a huge milestone in Anderson’s career as he went on to win his first major PDC title beating Lewis in the final.

A year later there was a stark contrast in results when he finished bottom of the league, winning just three games in total.

In June 2012 at the UK Open, Anderson hit his first televised nine-dart leg in his victory over Davey Dodds but was eliminated a round later.

2013 was a disappointing year for Anderson overall. He struggled once again in the Premier League and failed to win any titles of note.

Anderson began 2014 with the goal of regaining a spot inside the world’s top eight players and got off to a good start winning his first ranking title in more than two years at the German Darts Championship.

He then went on to win a UK Open Qualifier and two Players Championships in Quick succession.

After reaching a first semi-final at the World Matchplay, Anderson moved back inside the top 10. He had dominated the floor events in 2014 and having won multiple Players Championship titles entered the Finals as the No. 1 seed. Not letting the opportunity evade him, he continued to produce and took home yet another title – his fourth major.

The 2015 World Championship capped off what was a vintage Anderson year. He claimed his first World Championship title by beating Michael van Gerwen in the semi-final and winning a thrilling final against Phil Taylor 7-6. The match broke the record for the most 180s in a PDC final at the time. Soon after he won a whole host of awards including PDC Player of the Year.

The Scot returned to Alexandra Palace as defending champion in 2016 and breezed his way to the final losing just two sets. Having lost to Lewis in the 2011 final, fans were in for a treat when the pair found themselves facing off again for Darts’ biggest title. Anderson continued his blistering form and became just the third player to successfully defend a world title thanks to a 7-5 victory.

Later that year Anderson continued progressing into the latter stages of tournaments and reached the final of the World Matchplay. This was his first major final since the World Championship, but Van Gerwen proved to be too good.

Upon his 2017 return to Alexandra Palace, Anderson continued his domination and after eliminating the likes of Peter Wright and Dave Chisnall on his way to a third successive title, he had won 17 matches in a row at World Championships. Despite this, his run would soon be ended when he met a strong Van Gerwen in the final.

Anderson experienced further success in the 2018 season when winning his first UK Open title and the World Matchplay. He picked up multiple Players Championships and a World Series of Darts win at the US Masters.

At the Grand Slam of Darts in November of that year, Anderson was involved in a highly controversial final with Welshman Gerwyn Price. Price’s boisterous celebrations and playing rhythm seemed to unsettle and distract Anderson and he went on to be defeated. His opponent was later punished for his actions.

The beginning of 2019 saw Anderson’s back injuries get the better of him. He was forced to withdraw from several events including the Premier League. He took some time away to seek medical help and was able to return to the stage at the UK Open.

He struggled to really find his game for the remainder of the year but after reaching the fourth round at the 2020 World Championship he looked to be returning to the form of years gone by. He came quickly out of the blocks to win the first ranking title of the year at Players Championship One and returned to the Premier League line-up.

Read all the latest news about Gary Anderson 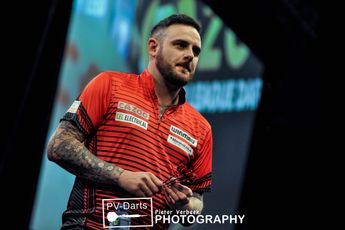 Night 16 is here and the regular season in this year's Premier League Darts is set to conclude in Newcastle which was initial... 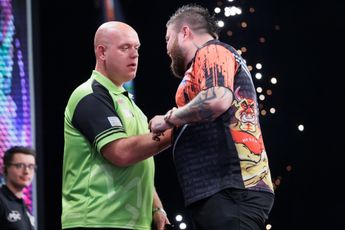 It is the penultimate night of regular Premier League Darts action as proceedings return to the O2 Arena in London which for... 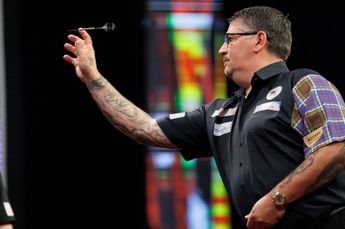 Anderson on change of mindset since COVID-19 pandemic: "I've came to realise it's not all about darts"

Gary Anderson has won nearly everything there is to win in the PDC but has been inconsistent at times in recent years but he... 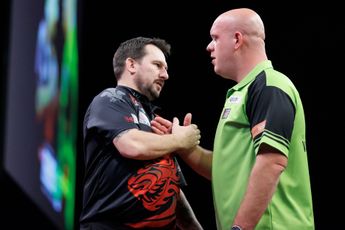 Gerwyn Price will now battle for one of two spots in the Premier League Darts play-offs after the second spot was secured on... 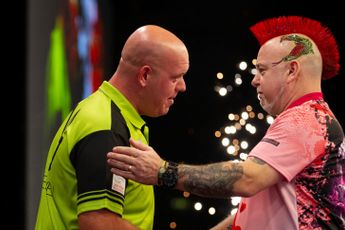 The Premier League Darts season is close to reaching its conclusion with the 14th of 16 weeks of action set to be completed o... 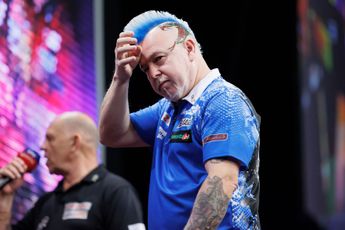 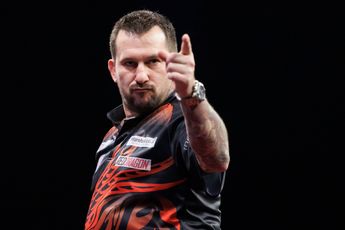 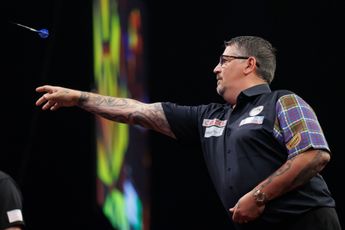 The first semi-final on the latest night of Premier League Darts action is confirmed with Gary Anderson set to face Jonny Cla...

Gary Anderson will face Peter Wright this evening as the latter aims to cement his play-off aspirations while for 'The Flying... 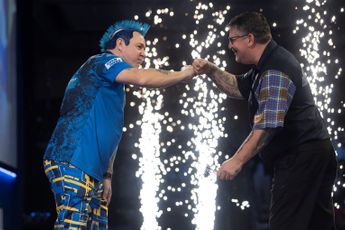 Thursday night sees the return of Premier League Darts action once more with Glasgow the 13th port of call during the weekly...