Everything about Daryl Gurney can be found here. From the latest darts news to all his achievements!

Having worked his way through the darting ranks, Daryl Gurney is now one of the most recognisable figures on the PDC circuit.

Daryl Gurney has been competing in professional darts since as early as 2004 when plying his trade on BDO stages and is now one of the world’s top players almost two decades later.

While his early years were of course crucial to his development it wasn’t until 2009 that he first earned a spot in a the BDO World Championship.

After a first round win Gurney came up against BDO veteran Martin Adams who proved to be too good for the Northern Irishman. A year later the pair met again in the second round and Adams repeated his success.

A few years later Gurney won the Tom Kirby Memorial Trophy for the first time and qualified for the preliminary round of the 2013 PDC World Championship. He progressed to the tournament proper, but his tournament was ended by Dave Chisnall in the second round.

Following his first appearance at Alexandra Palace he entered the PDC Q-School and secured a two-year card for the tour.

His first couple of years on the circuit were solid. Gurney gained valuable experience and beat the likes of Michael van Gerwen among others. He also collected his second Tom Kirby Memorial Matchplay title in 2014.

After progressing again through the preliminary round of the PDC World Championship in 2015 Gurney was beaten by Ronnie Baxter in the first round.

A first PDC semi-final came soon after for SuperChin as he beat the likes of Peter Wright and Chisnall to reach the last four of a UK Open qualifier.

His first major semi-final appearance came in his debut at the Players Championship Finals where he beat Gary Anderson, Benito van de Pas and Kim Huybrechts to set up a showdown with Van Gerwen. He was well beaten by the Dutchman.

Gurney’s progress was highlighted at the Dutch Darts Masters in 2016 where he beat Peter Wright, Adrian Lewis and Mensur Suljovic on the way to his first PDC final but again he was defeated by Van Gerwen.

By the end of 2016 Gurney’s stock was soaring having cracked the world’s top 32. He entered the 2017 World Championship as a seeded player for the first time and fared well. Unfortunately for Gurney he once again went head-to-head with Van Gerwen and saw his title hopes tossed away as he was defeated 5-1.

After reaching the semi-finals of the UK Open later that year, he kept his good form going and collected a first PDC title at Players Championship 7 where he beat Kim Huybrechts in the final.

Another career milestone was reached in 2017 when he competed in his first World Series of Darts event, the US Masters. He went on to reach the final and despite a strong performance he finished runner-up to Van Gerwen.

A first major title for Gurney was just around the corner - he beat Simon Whitlock to triumph at the World Grand Prix and take the first of his two major titles.

His second would not come until more than a year later when he managed to get the better of Van Gerwen in a final. Gurney won the final major up for grabs that year at the Player Championship Finals.

Prior to that win, he had made his debut in the Premier League where he played solidly throughout but ultimately missed out on a play-off spot when finishing fifth.

In 2019 he showed a determination to reach the final four of the Premier League and did so before being eliminated in the semi-final.

had a disappointing season for the remaining months of 2020, with only a TV Quarter-Final at World Series of Darts Finals. However he started the new year with another Quarter-Final appearance at the World Championship, losing to Gerwyn Price after a set-decider.

Read all the latest news about Daryl Gurney 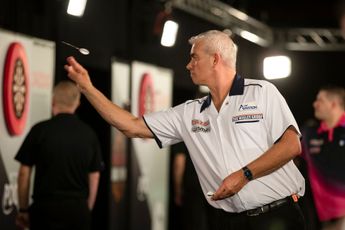 Two more seeded players have fell by the wayside at the German Darts Open in Jena with Nathan Aspinall and Dirk van Duijvenbo... 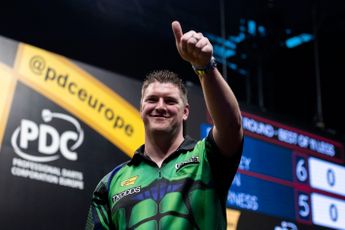 Daryl Gurney and Alan Soutar are the next players through to the second round at the German Darts Open in Jena after opening... 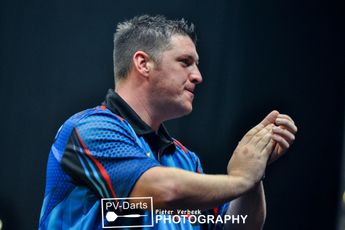 Gurney full of praise for Rafferty after superb victory: "For me him and Josh Rock could be the next two Irish World Champions"

Daryl Gurney averaged 105 in easing past stablemate and roommate, Nathan Rafferty who he was full of praise for post match at... 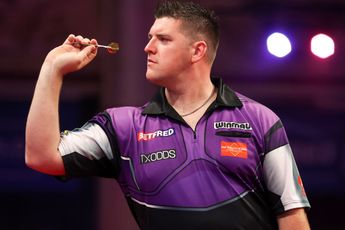 The first round continues at the Hungarian Darts Trophy with no shocks so far as Jeffrey de Zwaan and Daryl Gurney have moved... 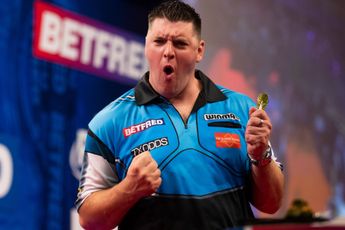 Gurney on potentially being final player to face Anderson at World Matchplay: "He always gives the PDC a headache when it comes to the Worlds"

Daryl Gurney sealed a hard fought 10-7 win over Gary Anderson to reach the second round of the World Matchplay and he admits... 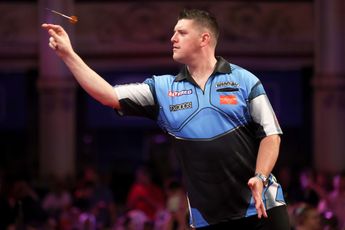 Gary Anderson will not add a second World Matchplay to his resume this week at the Winter Gardens in Blackpool with Daryl Gur... 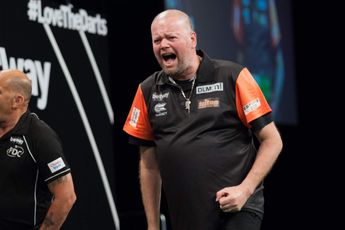 On Thursday, the order of the day was European Tour qualification with spots confirmed for the Hungarian Darts Trophy (ET10)... 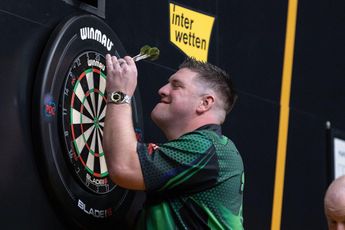 Daryl Gurney lost out over the weekend at the European Darts Matchplay to Gabriel Clemens 6-5 in a match which saw ‘Superchin... 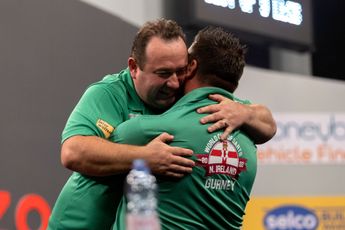 Northern Ireland was the first country to qualify for the quarterfinals at the World Cup of Darts. Daryl Gurney and Brendan D... 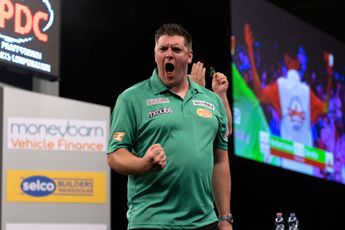 Gurney gives credit to Gibraltar pairing after opening World Cup of Darts scare: "Going to be a real force to be reckoned with"

Northern Ireland are through to the second round of the World Cup of Darts but had to survive a real scare in doing so agains...